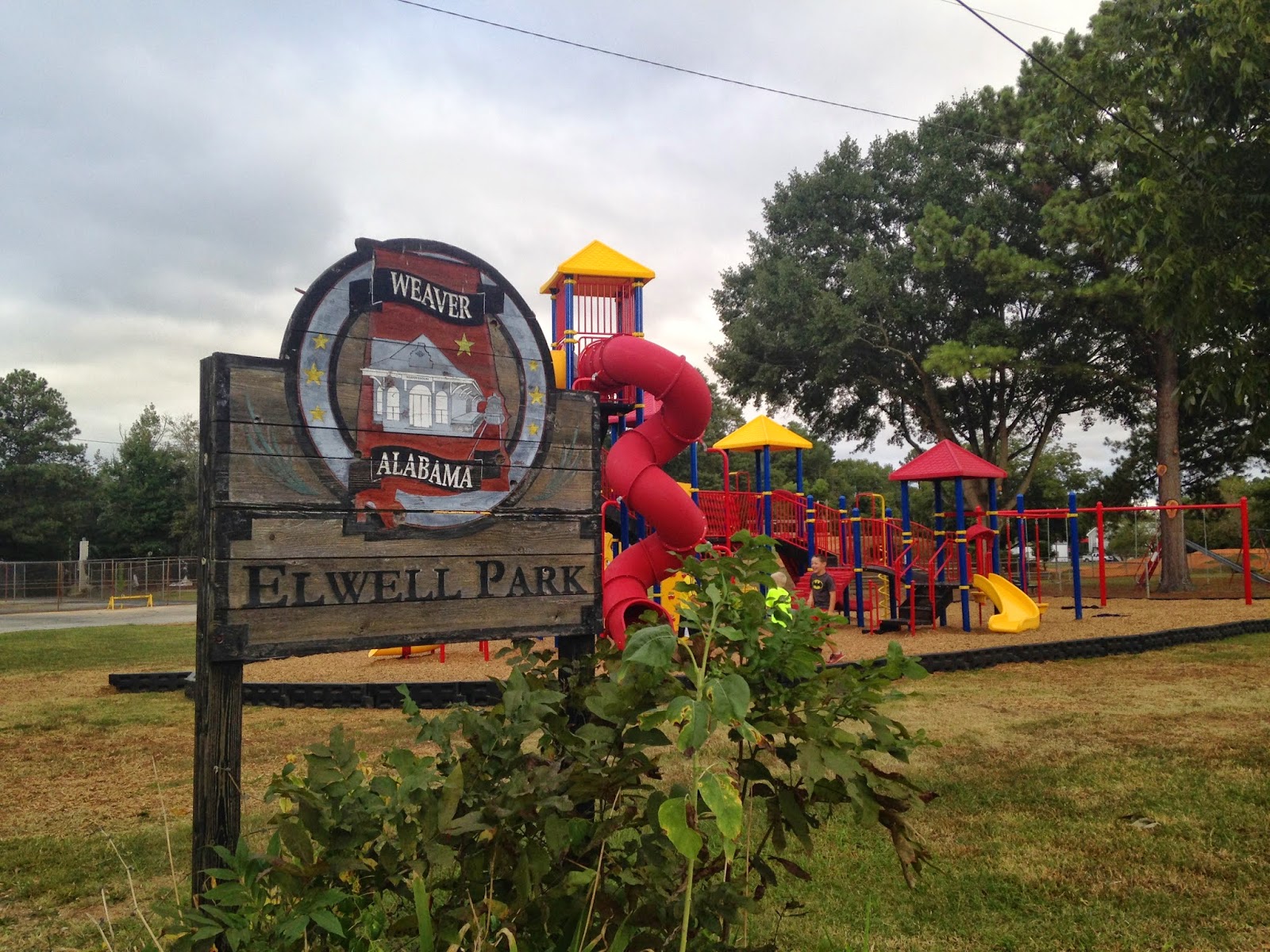 Weaver is a very good example of small town life at its best. The City of Weaver is a growing community, with The Chief Ladiga Trail running through the city alongside Elwell Park and on throughout the county, north, towards Jacksonville.
There is an Easter Egg Hunt in the spring, an annual Christmas Parade in December, and the annual Weaver Station Heritage Day Celebration held in the Fall.
Come to Weaver and see for yourself that there is a jewel lying at the foothills of the Appalachian Mountains, and you too will fall in love with the little town that’s a big city at heart. For more information, visit www.weaver-alabama.org. 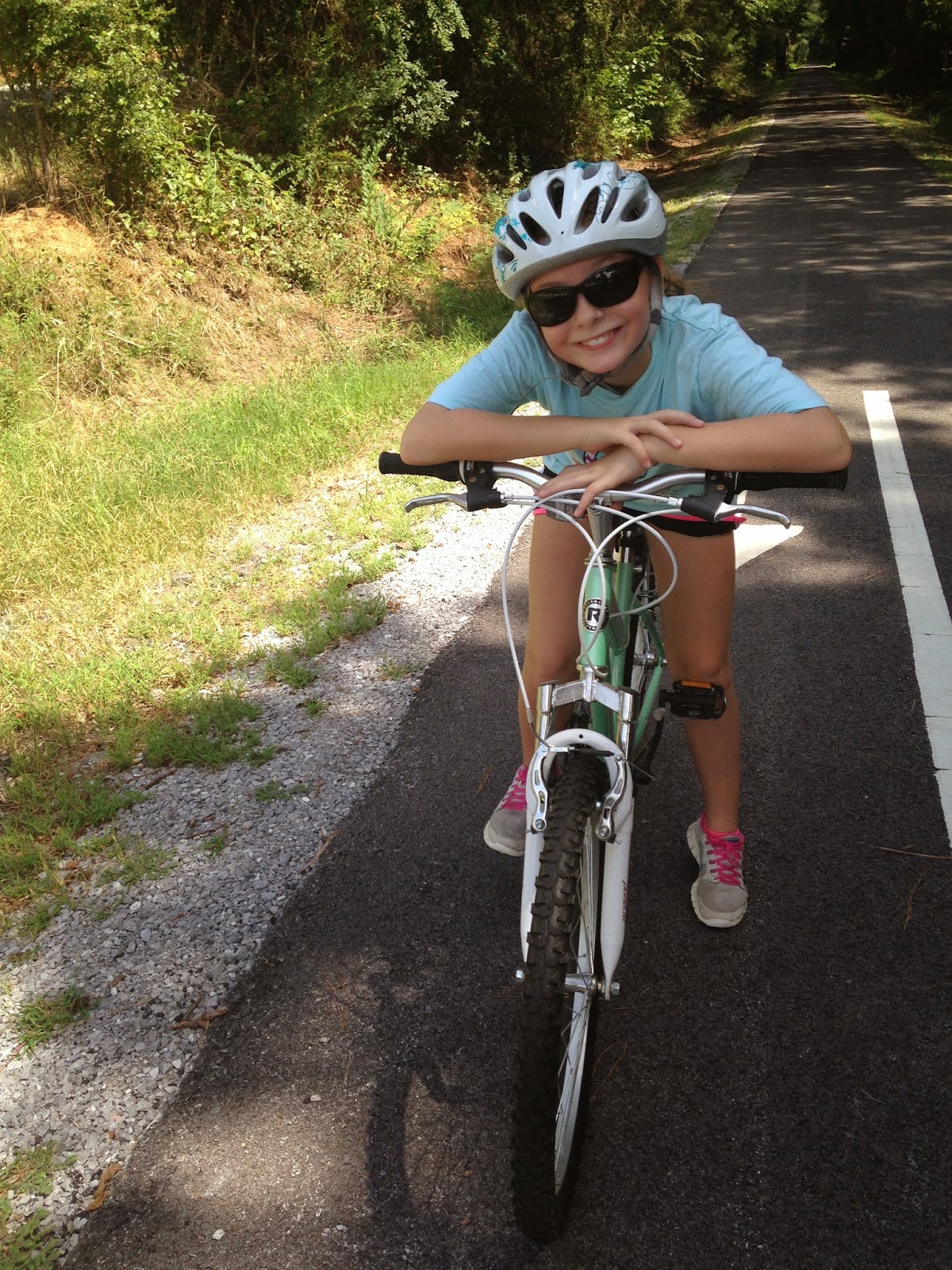 The Chief Ladiga Trail
The Chief Ladiga Trail currently runs 32.5 miles from the Alabama/Georgia line into the City of Weaver. As Alabama’s first Rails to Trails project, this paved recreational trail follows the former Seaboard/CSX Railroad and connects to Georgia’s 63 mile Silver Comet Trail, making Ladiga part of the longest paved rail trail in the U.S. This recreational opportunity can be enjoyed by walkers, bikers, skaters, strollers and more. Beautiful sights like area forests, farmlands, streams and mountains provide picturesque scenery for each and every visit. For more information, visit www.chiefladigatrail.com.

Weaver Skate Park
With modular ramps and lighting, this skate park is perfect for all ages and experience levels.


This public track hosts races throughout the year and welcomes all ages and experience levels to come enjoy this facility with jumps and turns! For more information, visit www.weaverbmx.com. 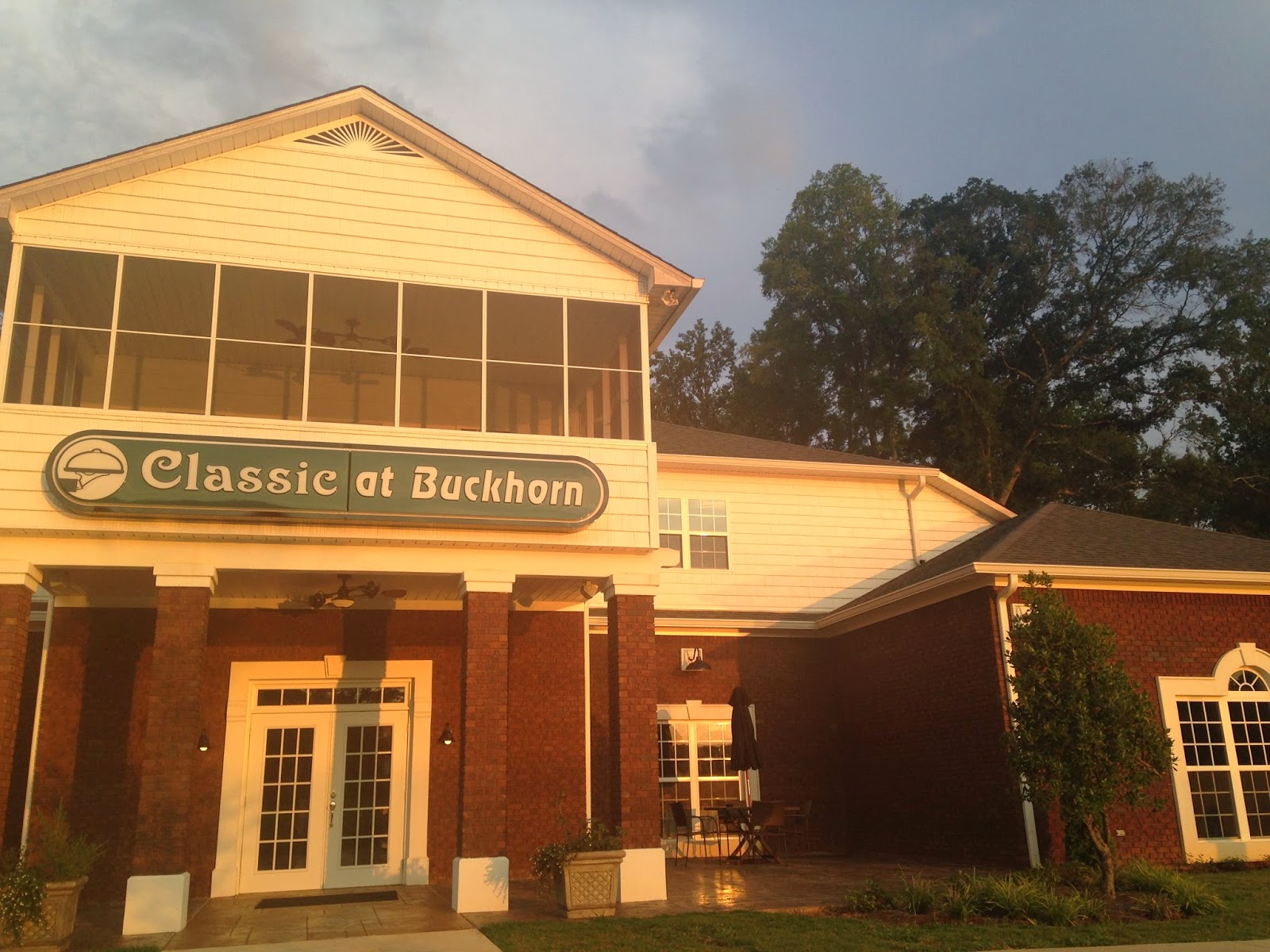 Classic at Buckhorn
Located just off the Alexandria/Jacksonville Highway, this casual dining venue brings everything from traditional American burgers to southern seafood to the table. With events scheduled regularly, it's a great spot for the whole family or even great for a dinner for two.

Posted by Unknown at 5:28 PM No comments:

The Town of Hobson City

Yes, there are fewer than 1,000 people in this small historic town, but its name is larger than life. Hobson City, located adjacent to Oxford, was incorporated in 1899 by a small neighborhood of black citizens when the new mayor of Oxford gerrymandered the residents' homes out of the larger city. The displaced citizens refused to leave the area and simply created a city of their own. 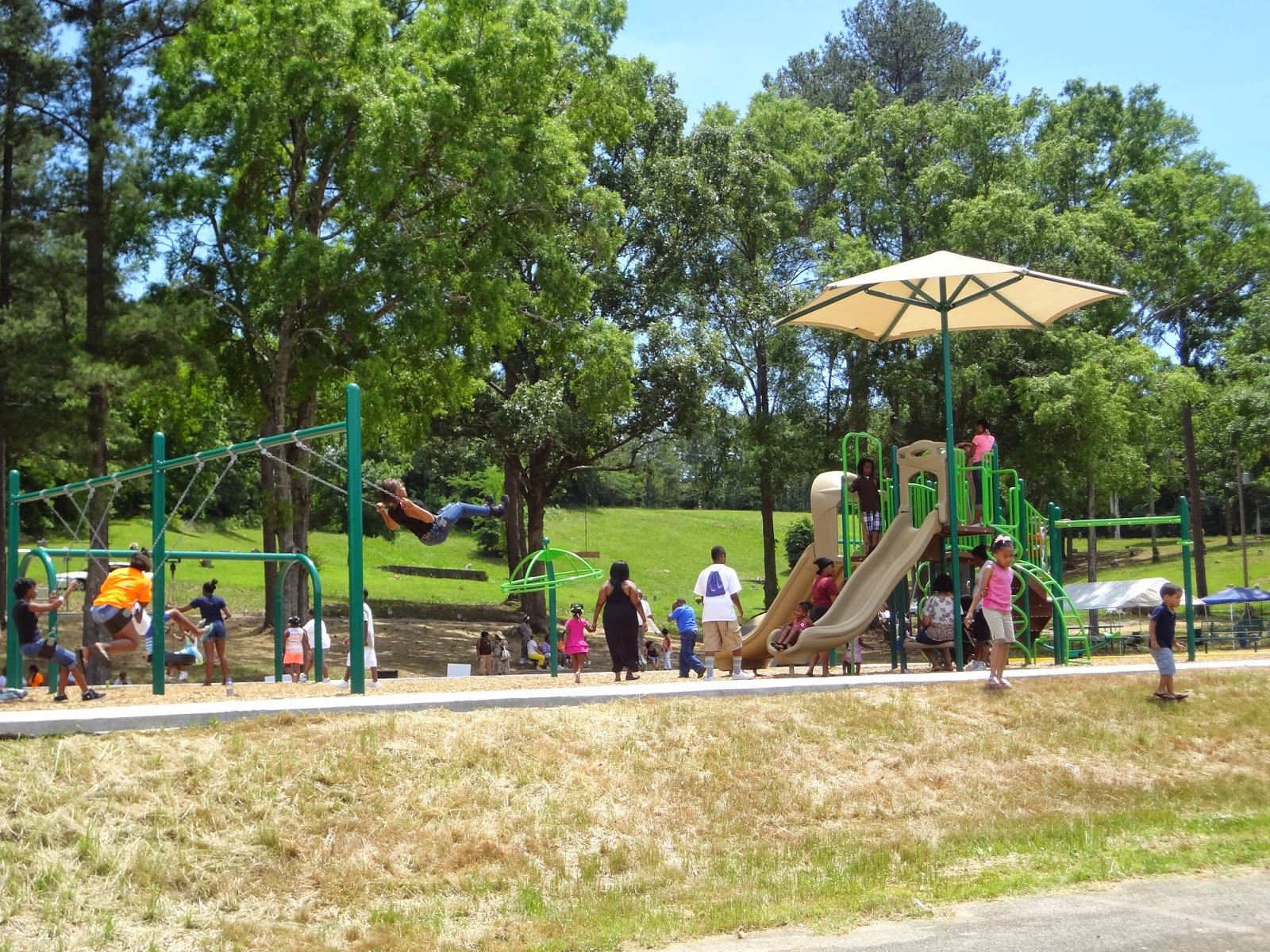 Originally known as the Mooree Quarters section of Oxford, the  town was named after Richmond P. Hobson, a white naval hero and member of Congress, and in July 1899, Hobson City became the second municipality in the South controlled and governed entirely by African Americans.
At that time, the town had a population of 135. In 1905, Professor C.E. Hanna organized the first school.
Hobson City is a town of history and heritage, celebrating their Founders Day annually each August.

Posted by Unknown at 2:42 PM No comments: 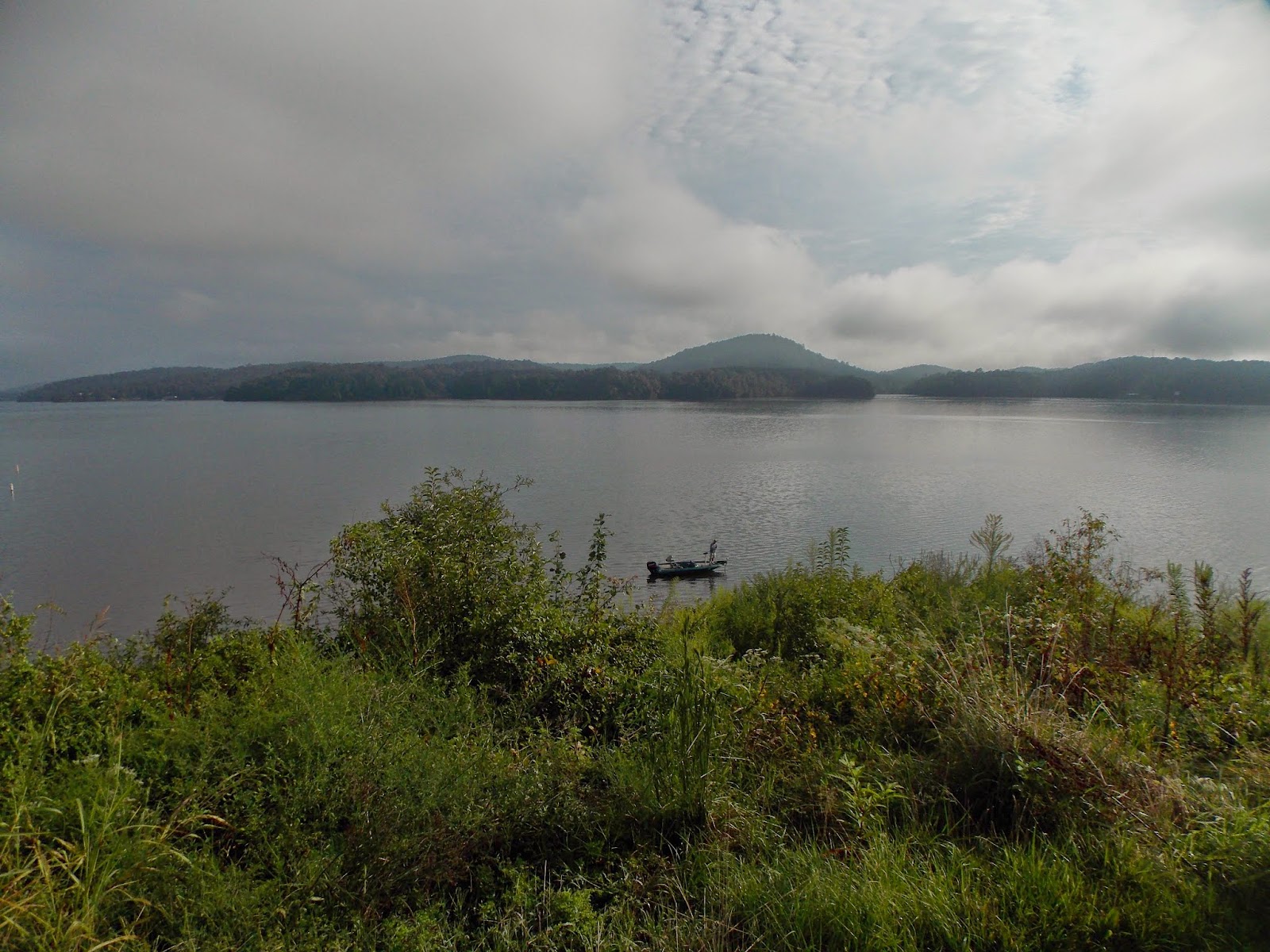 Ohatchee is located in the northwest corner of Calhoun County and is positioned on the Coosa River. The 2000 census showed that the town had a population of 1,215. It is located along Highway 77, a thoroughfare connecting Talladega, Lincoln, and I-20 to the south with Gadsden and I-59 to the north.
Several historic sites are located in the vicinity of Ohatchee including the site of the former Fort
Strother at which Gen. Andrew Jackson was headquartered during part of the Creek Indian Wars in the early 1800's and Janney Furnace, which was a pig iron furnace built during the Civil War. 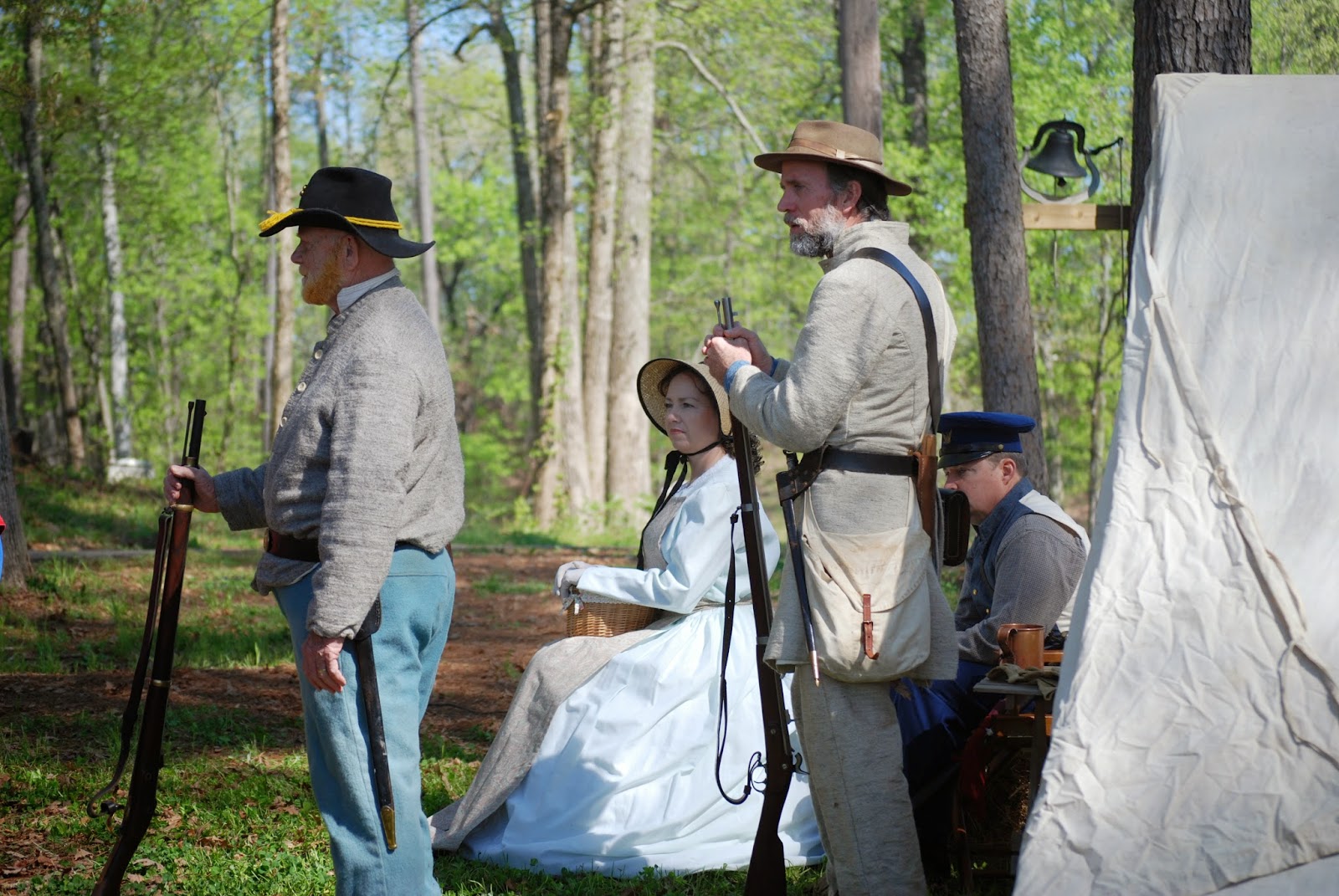 Today, there is also a granite memorial off 144, marking the battlefield of the Battle of Tallaseehatchee, a battle during the Creek War in 1813. There is also a marker, recapping the story of Lincoyer, General Andrew Jackson's adopted son.  The story says, after the Battle of Tallaseehatchee, Gen. Jackson found a dead creek Indian woman embracing her infant son. Jackson, for fear of the child being killed, became his protector, nursed him to health, and took him to his family home, The Hermitage. There, Jackson's wife Rachel, named the child Lincoyer, adopted him, raised him and educated him as their own. 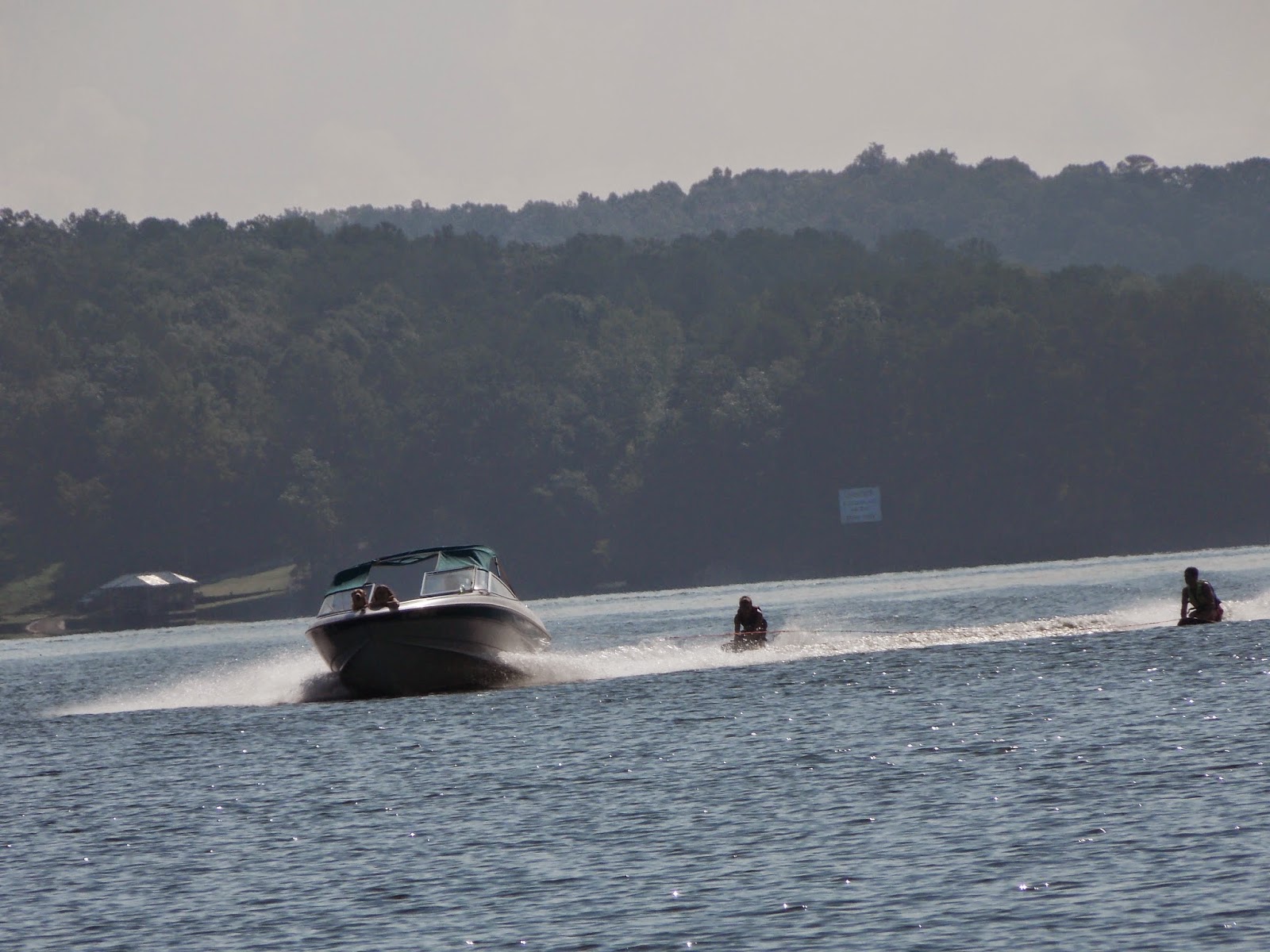 Janney Iron Furnace
145 Janney Road, Ohatchee, 256-892-5198
This Civil War Era Furnace was constructed in 1863 using 200 slaves as labor, but was burned by Union troops destroying the shacks that were built for work and damaging parts of the brick chimneys. Even though it never went into production, the stone furnace remains standing today. Each spring, they host the Battle of Ten Islands Reenactment. Their Confederate and Native American Museum is now open to the public 10 A.M. to 5 P.M. on Tuesday through Friday and 12 to 5 P.M. on Saturdays. For more information, visit www.janneyfurnace.org. 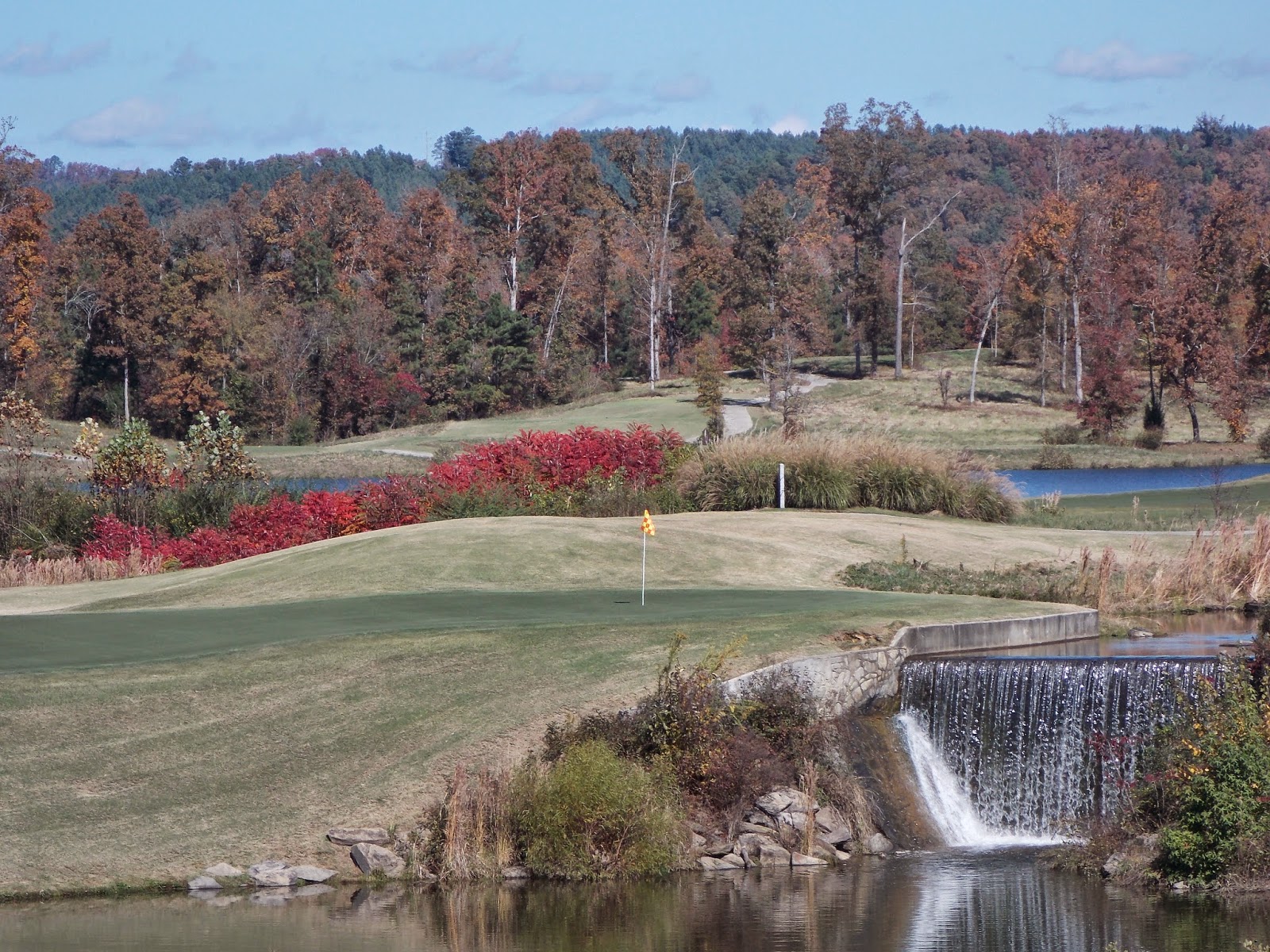 
Alabama’s only dairy farm where the cows are milked and the milk is bottled and sold on the farm, serves up ice cream and hayrides. For more information, visit www.wrightdairy.com.
Posted by Unknown at 1:15 PM No comments:

About the time the Creek Indians were departing from this area in 1832-1833, Sylvanus Simmons and Dudley Snow homesteaded lands in the newly created . The settlement was called “Lickskillet”. The state legislature first incorporated the town with the name in 1852. By 1860 was linked to the outer world via the and Tennessee Rivers Railroad. became active as cotton and trading center on the eve of the Civil War. The presence of charcoal iron furnace attracted federal troops to the area in 1865 when they destroyed the furnace and much of the town. Despite the setbacks of the war, rebuilt, grew and prospered. 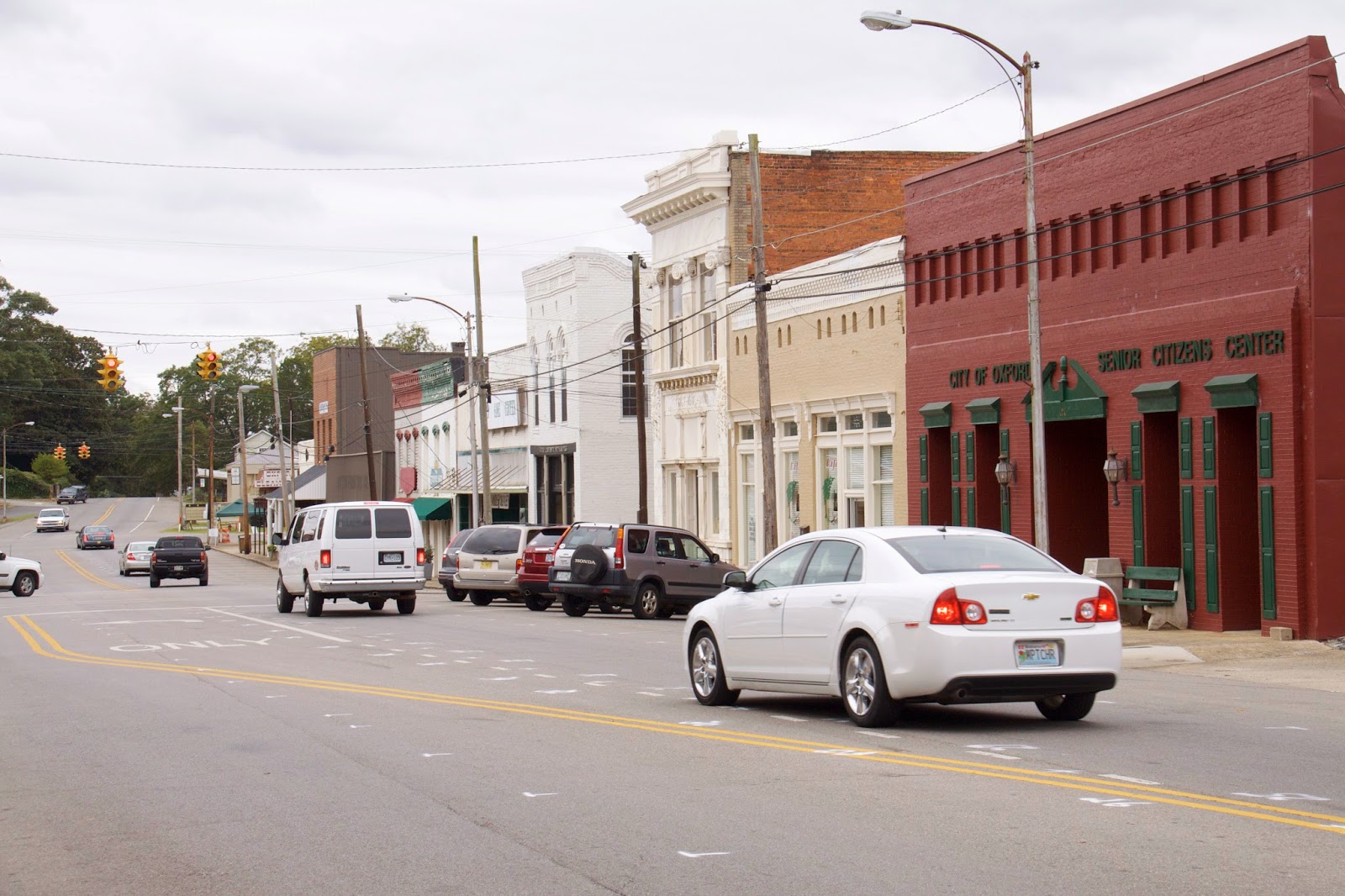 Oxford is known as one of Calhoun County's fastest growing residential and commercial cities. It stretches across the county line into neighboring Talladega County. This unique location allows Oxford to have excellent access to the resources in both counties.
Oxford officials have adopted a progressive attitude, implementing a number of city improvements to meet the demands of a growing population, including the construction of a new City Hall and public library. The investment in Oxford's facilities and amenities is part of an ongoing effort to be recognized as "The Crossroads and Retail Capital of Calhoun County," as well as a safe and comfortable place to raise a family. Sites include the Oxford Civic Center and sport complex at Oxford Lake and the new 10.4 million dollar Oxford Performing Arts Center, housing a 1,130 seat auditorium. For more information, visit www.oxfordalabama.org. 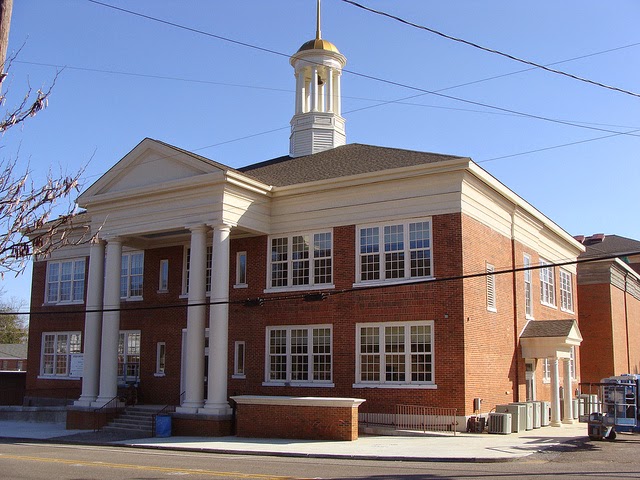 100 Choccolocco Street, Oxford, 256-241-3322
This performance and concert venue accommodates 1,130 seats in the middle of historic downtown Oxford. With additions to the former historic school and city hall facility, this venue now houses state-of-the-art lighting and sound, an orchestra pit, dressing rooms, and a proscenium stage with large wing space and storage. This venue is available for rental and hosts many performance and concerts throughout the year. For more information, visit www.oxforpac.org.

401 McCullars Lane, Oxford, 256-831-2660
Stretch your legs on this paved and gravel track around the lake or spread out a picnic for the whole family, while the kids play on the adventure park playground. This area also houses tennis courts, a swimming pool, baseball complex, indoor basketball courts, a newly renovated and expanded civic center space and more. It is also home to one of Alabama’s oldest remaining covered bridges, moved from Coldwater Creek to Oxford Lake and listed on the National Register of Historic Places. 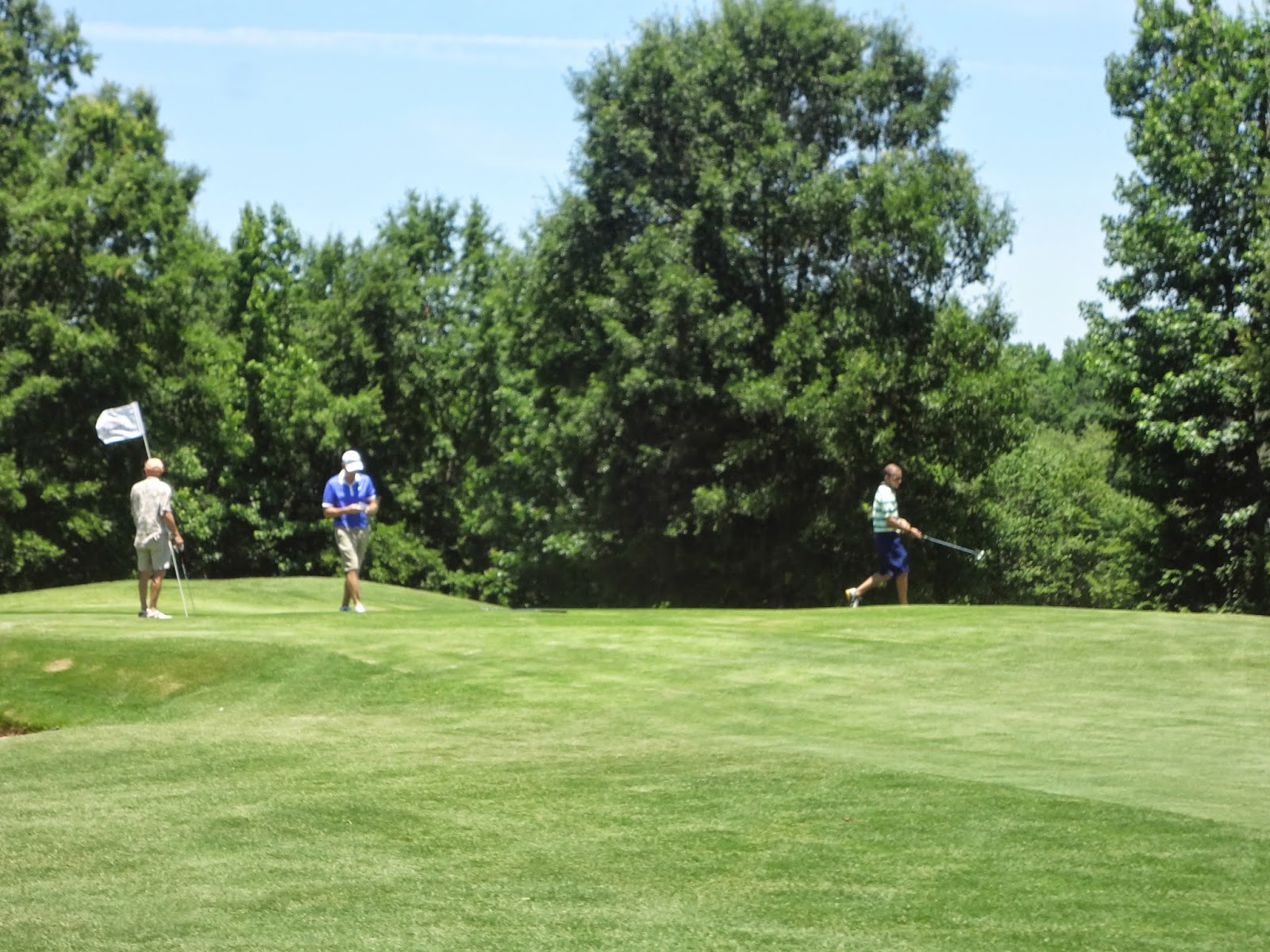 Cider Ridge Golf Course
200 Apple Blossom Way, Oxford, 256-831-7222
This 18 hole par 72 course is quite mountainous and challenging with is terrain. The breathtaking views and scenery provide a beautiful backdrop to each round. For more information, visit www.ciderridgegolf.com.


This shopping center offers a great selection of department and specialty stores, with a full food court and movie theater. For more information, visit www.shopquintardmall.com.

Posted by Unknown at 2:17 PM No comments: