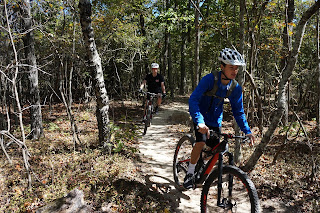 "Life is like a pedal. They can push you down, but you'll always come back up."

According to an e-card, "studies have shown that riding a bicycle everyday makes you more awesome than the general population," and we couldn't agree more. That's why we're glad NEABA (Northeast Alabama Bicycling Association) not only hosts the Cheaha Challenge, but they also created Coldwater Mountain's Fat Tire Fest! Thanks to our great volunteers that made 2015 such a success, it's back, bigger and better than before, for year two! 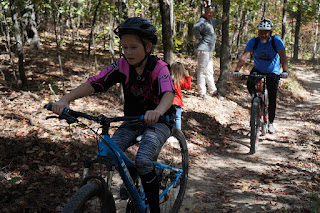 So, October 14-16, pack the bikes and the whole family for some "bikes, beer, burgers, brats and bands!" The festival is based in Zinn Park in historic downtown Anniston. The trailheads will be restricted due to all the festival activities, but shuttles to the mountain will run all weekend, Friday afternoon to Sunday evening. Zinn Park is easy to find. Just take exit 185 off I-20, and travel north on Hwy 21, Quintard Avenue, until you reach West 13th, 14th or 15th Street. There, you'll travel three blocks to reach Zinn Park. From nighttime trail rides to group rides, demo bikes and cycling movies, this event has it all, even a duathlon.

The beirgarten will feature local craft brews, as attendees wind down after a day on the mountain. Grab some dinner and relax as you enjoy great music and food.

More information and registration can be found on the Coldwater Mountain Fat Tire Fest website.
Posted by Unknown at 6:53 AM No comments: 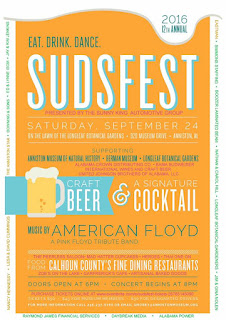 "Eat, drink and be merry!"
For 12 years, the Anniston Museum Complex has hosted an annual food and beer sampling event just in time for Oktoberfest! This year's event is scheduled for Saturday, September 24, beginning at 6:00 P.M. at the newly remodeled Longleaf Botanical Gardens & Event Center. 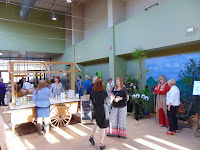 At SudsFest, some of our areas best bakeries and restaurants will be dishing out food, while attendees enjoy beer tastings, cocktail bars and wine bars. Local restaurants participating include The Peerless Saloon & Grille, Mad Hatter Cupcakes, Heroes, Thai One On, Zoe's on the Lake, Garfrerick's Cafe, and Artisanal Baked Goods. From your favorite beer brands and signature cocktails to sampling local craft brews, don't miss this opportunity to also taste food that defines the culinary experience in Calhoun County and entertainment. This year features "American Floyd," a Pink Floyd tribute band. Guests are encouraged to bring lawn chairs or blankets to set up and thoroughly enjoy the concert and light show in the gardens at 8 P.M. 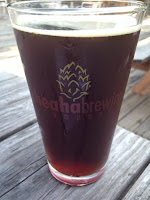 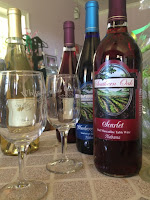 This event serves as a fundraiser supporting the Anniston Museum of Natural History, the Berman Museum of World History and the Longleaf Botanical Gardens. Guests must be 21 years or older to attend, and tickets are $50 for general admission and $45 for museum members. Designated Driver tickets are also available for $30. For more information, call (256)237-6766.
Posted by Unknown at 11:46 AM No comments: 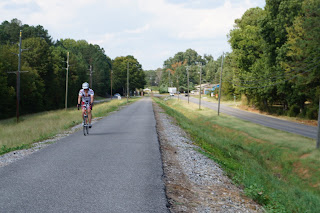 Whether you're a road cyclist coasting down a hillside or a mountain biker who enjoys churning up climbs and sidewinders, Calhoun County has something for you.

For the beginner to the one training to build up mileage, the Chief Ladiga Trail is a part of the longest paved "rail-trail" in the U.S., connecting to the Silver Comet at the Alabama/Georgia state line and trekking all the way from Anniston to Smyrna. This trail is frequented by road bikes, townies, families, runners and walkers searching for an opportunity to get outdoors.
Henry Farm, the home of the Jacksonville High School Mountain Bike team, has several loops for both beginner and advanced mountain bikers.
The Choccolocco trails, also known as "Iron Legs," have several miles of climbing just off Bains Gap Road. 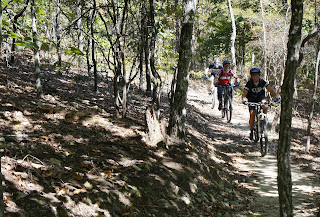 Coldwater Mountain is now home to more than 30 miles of mountain trails, conveniently located just minutes from downtown Historic Anniston. This extensive trail system has both beginner loops, like Baby Bear, to vast advanced trails like Bomb Dog.
Not too far from Oxford, Cheaha State Park also has a mountain bike trail system of various skill levels with spectacular views of Northeast Alabama.
LaGarde Park at the Museum Complex has several dirt trails for exploring around the Museums and Botanical Gardens.
Most Roadies around Anniston and Oxford follow the Pizza Route from Golden Springs Church or DeArmanville Post Office for route loops of various mileage. 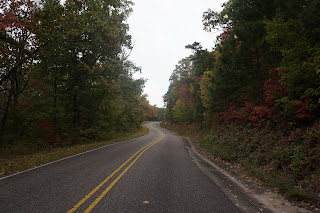 Some locals climbs to conquer include Chimney Peak in Jacksonville, Bains Gap, and Cheaha's Scenic Parkway.
Chimney Peak is about a 1.5 mile climb with more than 900 feet of elevation change, ending with a breathtaking view of Jacksonville State University's campus and town. Bains Gap is a .75 mile climb averaging 17%. At Cheaha, roadies can climb until their heart is content, with more than 20 miles from the Ranger Station on Skyway to the highest point in Alabama.


As you see, Calhoun County is a haven for outdoor enthusiasts, especially cyclists.
Posted by Unknown at 5:32 AM No comments:

Week nights during the fall, music literally fills the air, especially in Jacksonville. The further north you travel on Hwy 21, and if you turn onto Hwy 204, roll your windows down and turn off your radio. You don't need a radio if you have the Marching Southerners in your back yard.
Jacksonville State University Football games include two games, 4 quarters of football and halftime.
For more than 60 years, the Marching Southerners have brought together students from across the U.S. to form one of the largest and best band in the nation. We may be biased, but if you listen, you'll understand.


Each performance brings pride, tears, awe, and joy. Each season, from pregame and halftime to Competitions and showcases, this group of students from Jacksonville State University perform for thousands, including as a flash mob.


"I'll fly Away" is a Southerner tradition, performed postgame with the Gamecocks' football team and cheerleaders joining in the fun.
You might actually recognize the name "Marching Southerners" from some of their notable performances, including the 1996 – 70th Annual Macy's Thanksgiving Day Parade in New York City. By the way, a segment of the Southerners' performance can be seen in the opening scene of Episode 9.08 of Friends ("The One with Rachel's Other Sister"), which originally aired on Nov. 21, 2002.

If you're from across the pond, in 2012,The Southerners led the New Year's Day Parade in London, England, which also kicked off the 2012 Summer Olympics celebrations and Queen Elizabeth II's Diamond Jubilee.
This year, the Marching Southerners have been invited to travel to Hawaii and play on the U.S.S Missouri in honor of the 75th anniversary of Pearl Harbor.
Jacksonville State is known as the "friendliest campus in the south," and the Southerners are known for taking that Southern hospitality with them wherever they go.
If you hear that the Southerners are performing, it's not something you want to miss.

Posted by Unknown at 6:51 PM No comments: