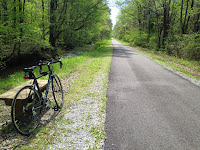 From spots like Piedmont's Eubanks Welcome Center Porch to Germania Springs Park or the Gazebo in Jacksonville's Community Garden and the picturesque bench locations along the route, there are several great, shaded spots to take a packed lunch or snack and picnic.

Yes, Oxford Lake is located along I-20; however, it's a great escape from the rush of the interstate and a relaxing place to rest, picnic, take a stroll or take to the playground. The ducks would be happy to help you finish a sandwich.

The Museum Complex
From Lagarde Park to the beautiful gardens of the Anniston Museum of Natural History, the Berman Museum  of World History and the new Longleaf Botanical Gardens, there are so many quiet and lovely spots to picnic this spring. 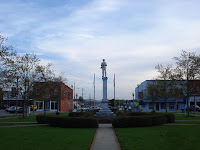 Jacksonville's Square
With benches and quaint shops surrounding you, it is an ideal place to picnic, especially if you didn't pack a lunch because you have Java Jolt and their delicious sandwiches and snacks and Mad Hatter Cupcakes and Ice Cream to enjoy.

Mountain Longleaf National Wildlife Refuge
Stop by the Ranger Station on Bain's Gap Road for a complete set of maps, and check out the birding trail or waterfall before you picnic. 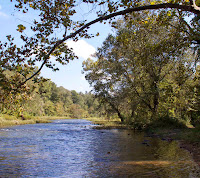 Terrapin Creek
It's perfect weather for a float down Terrapin, and you can pack a lunch to help you refuel before paddling again. The perfect picnic spot is "just around the river-bend."

Zinn Park
Located on the lawn of the old Anniston Inn and Kichen, this spot is host to many community events and conveniently located in downtown historic Anniston. 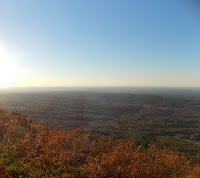 You have great natural attractions surrounding us that are perfect for picnics. From Alabama's highest point at Mt. Cheaha to Noccalula Falls and the Pinhoti Trail, there are great places to hike and picnic for a day!

If picnicking is not for you, we've got mouthwatering restaurants too! Browse our website at www.VisitCalhounCounty.com.
Posted by Unknown at 9:00 AM No comments:

On April 3, 2016 the players of the 30 Major League Baseball started another season in their careers. Among those players were players from our very own Calhoun County and Jacksonville State University.
Two players from Jacksonville State that come to mind are Todd Cunningham and Donovan Hand. Todd Cunningham was drafted in the 2nd round of the 2010 amateur draft by the Atlanta Braves, and his first debut was in 2013. Donovan Hand was drafted in the 14th round of the 2007 amateur draft by the Milwaukee Brewers, and his first debut with them was in 2013. In 2015 Hand was drafted by the Cincinnati Reds, and Cunningham was claimed off waivers by the Los Angeles Angels.
Three retired MLB players from JSU are Bill White, Tim Van Egmond, and Todd Jones. Bill White was drafted in the 3rd round of the 2000 amateur draft by the Arizona Diamondbacks. His first debut was with the Texas Rangers in 2007. White’s last game was a year later on September 26, 2008. Tim Van Egmond was drafted by the Boston Red Sox in the 17th round of the 1991 amateur draft. His first debut was in 1994, but was drafted by the Milwaukee Brewers in 1996 and played his last game on September 25, 1996. Todd Jones was drafted by the Houston Astros in the 1st round of the 1989 amateur draft and his first debut was with them in 1993. Jones played in the league for 16 years. In those 16 years, he played for 8 teams, Houston Astros (1993-96), Detroit Tigers (1997-2001), Minnesota Twins (2001), Colorado Rockies (2002-03), Boston Red Sox (2003), Cincinnati Reds (2004), Philadelphia Phillies (2004), Florida Marlins (2005), and back to Detroit Tigers (2006-08). In 2000, he was made an All-Star and he played his last game on August 15, 2008.
Jacksonville State University also has alumni in the minor leagues. Some recent players that were drafted are Daniel Watts (Diamondbacks in 2012), Sam Eberle (Giants in 2012), Ben Waldrip (Royals in 2011 and Rockies in 2012), Coty Blanchard (Rays 2013), and Griff Gordon (Yankees 2014).
Across Calhoun County, more players were drafted: Colter Bean, Tommy O’Brien, Ed White, and Ty Cobb. Colter Bean played for the New York Yankees from 2005-2007 and his last game was on May 4, 2007. Tommy O’Brien played for 5 years for 3 teams: Pittsburg Pirates (1943-45), Boston Red Sox (1949-50), and Washington Nationals (1950). His last game was May 13, 1950. Ed White played 1 year for the Chicago White Sox in 1955, and his last game was September 25, 1955. Lastly, Ty Cobb played for 2 teams in his 24 year career: Detroit Tigers (1905-1926) and Philadelphia Athletics (1927-1928). Cobb was inducted into the Hall of Fame in 1936, and he played his last game September 11, 1928.
The City of Anniston had a Minor League baseball team from 1904-1950. This team changed names 5 times throughout its years: Anniston Steelers (1904-1910), Anniston Models (1911-1912), Anniston Moulders (1913-1917), Anniston Nobles (1928-1930), and Anniston Rams (1938-1950). Ty Cobb played for this team in 1904 right before he was drafted by the Detroit Tigers. The team was disbanded in 1950 due to World War II and financial reasons. The team had affiliation deals with the Chicago White Sox (1938-39), Brooklyn Dodgers (1940), and Pittsburgh Pirates (1946). They played on Johnston Field which was located on Christine Ave and between E 17th and E 18th.
The JSU baseball and softball teams are back in full swing this season. The baseball team’s next home game is April 19th at 6:00 P.M. against Kennesaw State. The softball team’s next home game is May 7th at 1:00 P.M. against Belmont. Go to www.jsugamecocksports.com to see their schedule and statistics.
The Choccolocco Park, in Oxford, Alabama, is hosting the 2016 OVC Softball Championship. The 8-team double-elimination tournament will be held May 11-14. The park is even hosting the 2017 OVC Softball Championship on May 10-13. This will be the first year that the championship will be held at a neutral zone, instead of it being held at the home field of the number one team. Teams playing in this tournament are Austin Peay University, Belmont University, Eastern Illinois University, Eastern Kentucky University, Jacksonville State University, Morehead State University, Murray State University, Southeast Missouri State University, Southern Illinois University Edwardsville, Tennessee Technological University, and the University of Tennessee at Martin.
References: www.ovcsports.com, www.jsugamecocksports, and www.baseball-reference.com

Danny Willet was given the famous green jacket at the 2016 Masters, April 10, 2016. Originally from Sheffield, England, Danny Willet has connections to Calhoun County.

In 2005, Willet joined the JSU family. He was recruited to play golf for the Gamecocks. In 2006, he was named OVC Freshman of the Year and won medalist honors at the 2007 OVC Championship. He spent 2 years playing as a Gamecock under Coach James Hobbs. While Willet was here he studied Marketing, but mainly focused on golf. Willett isn’t just the first Gamecock to win the Masters, but he’s also the first Gamecock to even play in the Masters.
Jason Callan, director of golf at Silver Lakes, was Coach Hobbs’ assistant from 1999-2003. When asked on how Willett’s Masters Win impacts Silver Lakes golf, Callan said, “Because we are the home for the JSU golf teams, our impact is connected with JSU. They practice and play here on our courses.”

Callan now works with one of Willett’s teammates, Brennan Clay, who is an instructor at Silver Lakes Golf Course.
Danny Willett is the second golfer to win the Masters with ties to Alabama. The first was Bubba Watson, who went to Faulkner State in Bay Minette, and won the Masters in 2012 and again in 2014.
Danny Willett is also the second Englishman to win the Masters. The first was Nick Faldo in 1989, 1990, and 1996.
For the first time, in Willett’s career, he is in the top 10 of the World Golf Rankings, coming in at Number 9.
References: www.al.com, www.jsugamecocksports.com

Posted by Unknown at 7:11 AM No comments:

Running For a Cause in April

Across the nation people participate in running for a cause. There are 5Ks for Breast Cancer Awareness, Run for the Troops, Paws for a Cause, etc. Here in Calhoun County we love to show support to many different organizations. April is a big month for races in and around Calhoun County. There will be a race every Saturday in April, so you will have many opportunities to get involved and show your support! Below are the dates and some information for the races in April.

April 2, 2016: Come out to the Big Brothers Big Sisters of Northeast Alabama’s Blue Streak 5K and 1 Mile Fun Walk, 8:00 A.M. – 9:00 A.M. at the Gadsden Mall at the 4th Street entrance. This event is in recognition of Child Abuse and Neglect Prevention Month. For more information, go to www.bbbsneal.org. 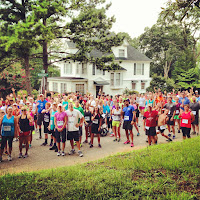 April 9, 2016: The 2nd Annual College of Nursing RUN/WALK FOR YOUR LIFE 5K will begin at 8:00 A.M. on the campus of Jacksonville State University. Registration costs are $20 for general registration, $15 for JSU faculty/staff/students, $15 ARC/GRC runners, and $25 race day (all). For more information, email cwilling@jsu.edu.
April 16, 2016: The 3rd Annual Run for FUNds 5K will be held at the McClellan Medical Mall from 8:00 A.M. – 10:00 P.M. Race day registration and packet pick-up will begin at 6:30 A.M. Any late registration will not be guaranteed a t-shirt. The course will be on the scenic Lions Club course, water will be offered at mile markers, and snacks will be given at the end of the race. Registration costs are $15 for 18 and under, $20 for 19 and over, and $25 for late registration. For more information, email familylinksed@gmail.com.

April 23, 2016: Come out for the very first Cops for a Cause 5K, hosted by the Calhoun County Deputy Sheriff’s Association. The race will be held at the UCP Center, 415 Castle Avenue, in Anniston. Registration and packet pick-up begins at 6:30 A.M. and the race will be from 8:00 A.M. – 10:00 A.M. (late registration will not be guaranteed a t-shirt). You can email Lauren Keef at lkeef@calcoso.org to request entry forms, or go to www.calcoso.org to download them. Make your checks out to Calhoun County Deputy Sheriff’s Association and mail with entry form to Calhoun Co. Deputy Sheriff’s Assoc. ATTN: Lauren Keef, 400 W. 8th Street, Annistion, AL 36201. 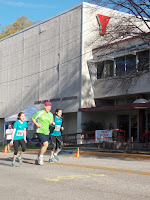 April 30: The annual YMCA and Anniston Orthopedics Spring 5K Run will begin at 8:00 A.M. at the Anniston YMCA. This race is sponsored by the Anniston Runners Club and is a Grand Prix Event. The participants will use a course through historic downtown Anniston out and back downtown. Refreshments and an awards ceremony will be held after the race is completed. There is a $20 registration fee. For more information, go to www.ymcacalhoun.org, or call Ann Angell at 256-832-9622.

Please come out to any of these races and show your support, for the community and for their cause.
For more race dates please check out the Events Calendar at www.visitcalhouncounty.com or at www.calhounchamber.com.