The countdown is on, and school is about to start back. There's still a little time for one last getaway before school starts back and not far from home! We're a day trip from Atlanta, Birmingham and Chattanooga!
Here's some places that are budget friendly and fun for the whole family.

The Anniston Museum of Natural History
Explore the wilds of Africa, the wonders of the North American wilderness and the mysteries of 2,300 year-old Egyptian Mummies in the Anniston Museum of Natural History. More than 2,000 natural history items are on permanent display, and children can get “hands-on” with nature in the discovery room.
800 Museum Drive
Anniston, AL 36202
Phone: 256-237-6766

The Berman Museum of World History
See Colonel Berman’s incredible and fascinating collection including weapons of espionage like a flute that shoots! Thousands of objects on exhibit: bronzes by Remington and Russell; rare and ornate weapons; Asian art; Colt Peacemakers and Winchesters; Civil War artifacts and a Greek helmet over 2,000 years old. Make your way through a WWI Bunker! Adjacent to the Anniston Museum of Natural History.

Cheaha State Park
Cheaha State Park sits on top of the highest point in Alabama. Standing 2,407 feet above sea level, it is no wonder why the local Creek Indians named this place "Chaha," meaning high place. The park hosts hiking trails, mountain bike trails, a lake for swimming and fishing, an observation tower at the highest point, campgrounds, cabins, chalets, motel rooms, a restaurant, an Indian artifact museum, and much more. 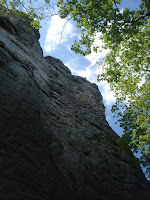 Chief Ladiga Trail
The Chief Ladiga Trail is Alabama’s first extended rails-to-trails project. It wanders through the countryside of Calhoun and Cleburne counties and connects the municipalities of Piedmont, Jacksonville, Weaver and Anniston. See beautiful wetlands, streams, forests, farmland and a mountain-filled horizon. The trail is family-oriented and provides a safe, non-motorized way to travel, exercise and/or relax.

Coldwater Mountain Bike Trail
Located on Coldwater Mountain in Anniston, these mountain biking trails offers everything a 1.5 mile Beginner Loop, which riders of any level can ride, and a 10 mile Blue Loop for Intermediate riders. Perfect for those looking for a leisure ride or a bit of a challenge!
Coldwater Road, Anniston 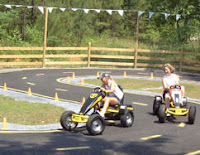 Desoto Park
Take the opportunity to commune with nature. Hiking and biking trails, swimming pools, tennis courts, playground and picnic area are just a small part of what awaits you in this park, which was once voted as one of American’s top 10 parks!
7104 Desoto Skwy NE
Fort Payne, AL 35967
Phone: 256-845-0051
www.alapark.com/desoto-state-park 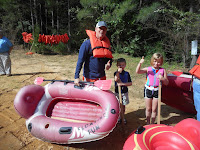 Floating Fun
Alabama’s ‘Premier Tube Trip’ with many tubes in stock, offers a floating fun trip down Choccolocco Creek, with a variety of rapids and a steady current to enjoy.
460 Bobwhite Dr.
Oxford, AL 36203
Phone: (256) 591-0437
www.floatingfun.net 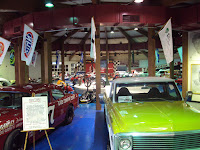 Oxford Lake
Stretch your legs on this paved and gravel track around the lake or spread out a picnic for the whole family, while the kids play on the adventure park playground. This area also houses tennis courts, a swimming pool, baseball complex, indoor basketball courts, a newly renovated and expanded civic center space and more. It is also home to one of Alabama’s oldest remaining covered bridges, moved from Coldwater Creek to Oxford Lake and listed on the National Register of Historic Places.
401 McCullars Lane
Oxford, AL 36203
Phone: 256-831-2660

Pinhoti Hiking Trail
Alabama’s premiere long-distance recreation trail, spanning 110 miles and traversing the ridges and crests of the Talladega Mountains. It starts in the southern end of the Talladega National Forest and extends through Calhoun County to the Georgia Line.
Talladega/Cleburne/Calhoun Counties
Phone: 256-463-2272

Terrapin Creek
Canoe down the beautiful Terrapin Creek, located in Piedmont, Alabama, and take in the scenery of Alabama like you’ve never seen it!

Near Atlanta, Near Birmingham, Near Perfect! Kid-Tested-Parent Approved!
www.VisitCalhounCounty.com
Posted by Unknown at 2:59 PM No comments:

Explore local history through the Years

In 1832, the Treaty of Cusseta ceded the Creek Nation’s lands, east of the Mississippi, to the U.S. Government. Chief Ladiga was one of the Creek Indian leaders to sign the treaty. In 1834, the town of Jacksonville, built on land once Creek Territory, was named for Andrew Jackson.
Also in 1834, Jacksonville began its storied history in education when the town reserved a one-acre square for a schoolhouse. Over the years, the school developed from the Jacksonville Academy into Jacksonville State Teachers College, today known as Jacksonville State University.
Settlers began moving into what is now Weaver in the 1830s, including brothers Simeon and Linzey Weaver, but the city was not incorporated until 1945.

The city of Oxford was originally a settlement called “Lickskillet,” but was incorporated as Oxford in 1852. Janney Furnace was constructed in 1863, but was burned by Union troops in 1864, destroying the shacks that were built for work and damaging parts of the brick chimneys.
Begun in 1872 by the Tyler and Noble families, Anniston was designed to be a key industrial element in the New South. Originally, a private company town around the Woodstock Iron Company and cotton mill, Anniston opened to a broader public in 1883 and attracted new industries, commercial activities and people.

In 1888, Piedmont was named meaning 'Foot of the Mountains.’ The Eubanks Welcome Center was built in 1889 for the Eubanks Family as a General Store but moved to its current location in 1998, where it serves as the Welcome Center for the Chief Ladiga Trail.
Hobson City, located directly across from Oxford, was incorporated in 1899 when the mayor of Oxford gerrymandered the residents' homes out of the larger city. The displaced citizens refused to leave the area and simply created a city of their own.
In 1899, the county seat of Calhoun County moved from Jacksonville to Anniston.

In 1917, Camp McClellan was established and later became home to one of the largest U.S. Army installations during World War II, training an estimated half million troops at Fort McClellan.
In 1939, Cheaha State Park celebrated its official opening.
May 14, 1961, the Freedom Riders entered Anniston, meeting an angry mob who firebombed the Greyhound Bus along what is now Hwy 202. Historical Anniston sites include the Freedom Riders Murals at 1031 Gurnee Avenue and the intersection of 9th and Noble Street.
Since 1999, Alabama’s Veterans Memorial is the official hom
e of the names of every Alabamaian killed during World War I, World War II, the Korean War, Vietnam, and the Persian Gulf are engraved on the granite Wall. Resolutions have been passed to add Afghanistan, Iraq as well as Firefighters and Law Enforcement killed in the line of duty. 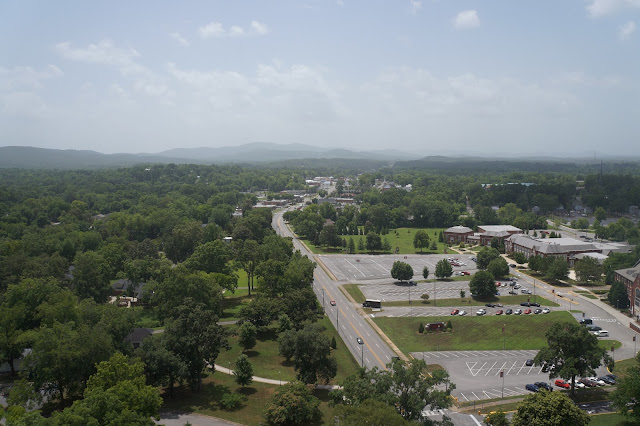 There’s so much more to see and learn, so stop by the Chamber and Visitors Center office at 1330 Quintard Avenue in Anniston to pick up a historic driving tour. Our hours are Monday through Friday, from 8 a.m. to 5 p.m.

www.VisitCalhounCounty.com
Posted by Unknown at 9:19 AM No comments: