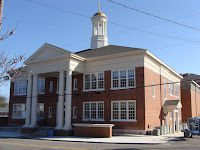 What do you do with a building that once served as a school, city hall and a jail? You revitalize it, expand and transform it into a beautiful performance venue presenting more than 130 performances annually in a state of the art 1,133 proscenium theatre.
From performance arts and education to community programs and events, the Oxford Performing Arts Center reaches more than 14,000 children each year with performances of music, theatre and dance.

Sitting at 100 Choccolocco Street, the building dates back to 1920 as an elementary school, but when the school moved in 1952, the property became Oxford City Hall, including the police department, and remained so until the new Justice Center was completed in 2009.

The old original building serves as the lobby and entrance, complete with its original pine floors, columns and brick exterior.
The space now also includes the Wren's Nest Gallery, featuring the art of local artist Larry Martin.
Just this week, they will host everything from magicians and Broadway medleys, and during the upcoming weeks, they'll host a songwriters showcase, the Alabama Shakespeare Festival, and more! 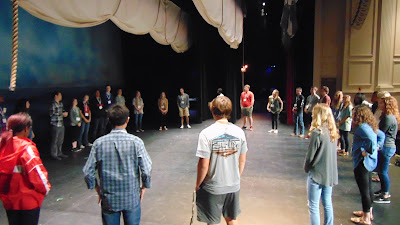 Valentine's Day is coming! Have you bought your gifts or at least made plans? If you're sweating it, unsure what to do, or just forgot, we've got some suggestions for you.

The Architect
If you're a planner, orchestrate an elaborate day of plans surrounding their favorite things. Maybe begin the day, with brunch at a quaint cafe like Java Jolt or Classic Too. Take a stroll around Oxford Lake, and follow it with the latest romantic comedy at the movie theater. Make a pit-stop at White Oak Vineyards for a nice bottle of Alabama wine, and then, catch sunset at Alabama's Highest Point, Cheaha State Park, followed by a romantic dinner at Garfrerick's Cafe or nearby Hubbard's Off Main, etc. 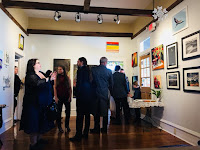 The Artist
If you're into arts, take a stroll down and around Noble Street to admire the murals of local artists and take in history at the Freedom Riders National Monument. Stop in shops like Nunnally's or JC Morgan that feature and sell local artists' works. Also, take a moment to browse local gallery's like Wren's Nest and the "Images of the South" exhibit at the Oxford Performing Arts Center. Splurge and purchase tickets to their next show or catch something with Knox Concert Series. 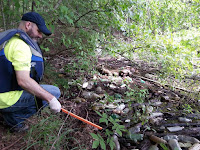 The Advocate
If you're all about giving love, spend the day in service, volunteering or contributing with local non-profits in honor of those you love or alongside those you love. Work at organizations like Interfaith, Soup Kitchen, Community Enabler, Center of Concern, and the Right Place. Pick up trash around community sites like Neely Henry Lake, Terrapin Creek, Choccolocco Creek, or along the roads of your favorite routes. Play alongside kids at the YMCA, Boys & Girls Club, UCP Center, the Learning Tree and the Dannon Project. 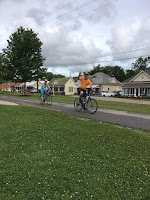 The Adventurer
Whether you're more spontaneous or the avid Thru-Hiker, Calhoun County is surrounded by adventure. From Historic Driving Tours to indoor escapades at the Berman Museum or Anniston Museum of Natural History, to biking and camping along the Ladiga Trail, climbing rock gardens at Coldwater to chasing waterfalls at Little River Canyon, within an hour's drive, there is something for everyone. Tee off at area golf courses for the afternoon, or iIf weather doesn't permit more outside adventures, make it a friendly competition at the CMP South air rifle range.

For more adventures than Valentine's can store, browse VisitCalhounCounty.com!
Posted by Unknown at 7:36 PM No comments:

With these extremely cold temps, opting outside isn't for everyone. So, what are some indoor activities for the whole family, in case of inclement weather?

Shop 'til you drop

From quaint shops on Noble Street like Alexander's, Nunnally's and Simply Shabby, and Oxford's Rustic Farmhouse, Hannah Closet and more, Calhoun County has so many unique boutiques and shops to keep any avid shopper busy.

Explore Your World
The Anniston Museums & Gardens are complete with the campus of the Anniston Museum of Natural History and Berman Museum. Peruse everything from mummies to African safaris to World War II and Napoleon artifacts.

Historical Driving Tour
From Freedom Riders National Monument to Janney Furnace and including historic homes like the Parker House B&B and Springwood Inn, Calhoun County is full of rich history, including the Church of St. Michael and All Angels, which offers tours during office hours.

Up for a friendly competition? 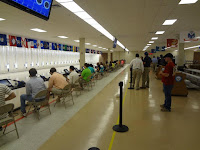 The Civilian Marksmanship Program offers world-class air rifle and air pistol training and competition facilities that feature state-of-the-art electronic targets at each of the 80 firing points the locations house. See who has the best eye.

Make an Escape
If you're locked in a room with a mere 60 minutes to break out, who in your family or group of friends will be the most valuable? Annoying? Smartest? Test your ability and mind in this quest and test of problem solving with EscapeZone Oxford.

There's so much more to explore at VisitCalhounCounty.com! 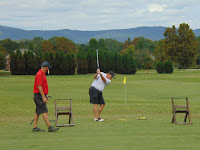 Generally, Alabama has a very mild winter, with an average temperature of 48 F in December, 46 F in January and 50 F in February. With very few days below freezing, it's ideal for golf courses to remain open year round. We have several courses, throughout our county and region, making Alabama a golfer's haven in winter.
What was once Fort McClellan's golf club, Cane Creek Golf Course remains open under the management of the City of Anniston with 18 holes. The course is complete with a pro shop and restaurant at the club house.
Just off Highway 431, Indian Oaks Golf Course also has 18 holes, complete with weekly scrambles for every level of golfer.
Located in White Plains and Choccolocco, Pine Hill Country Club not only provides 18 holes, but also a pro shop and food and beverage for every level of golfer, including hosting several local teams each spring. 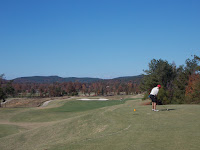 The City of Oxford's Cider Ridge Golf Club provides 18 holes surrounded by picturesque landscapes and views, challenging terrain and a full restaurant and pro shop at the club house.
Alabama's Robert Trent Jones Golf Trail has a gem of the hills at Silver Lakes Golf Course, complete with four nine hole courses, including a "short" course of mentally and strategically challenging par 3s. They too have a full pro shop and restaurant.

Posted by Unknown at 2:51 PM No comments:

Calhoun County, Alabama, is a natural attraction with tons of things to do, and we're surrounded by other communities and counties with even more family fun!

Noccalula Falls is located around two miles from Gadsden. There, you can camp, hike, visit the petting zoo, peruse the botanical gardens, take a ride on the train, play a round of mini-golf or simply admire the falls.

Little River Canyon is unique in that it is located atop Lookout Mountain, complete with waterfalls along canyon rims and many recreational activities. Whether you're just wanting lovely views and a winding ride or seek the tranquility of a hike, exploring the canyon has something for everyone. 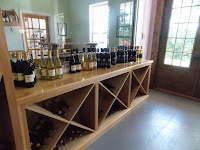 Nestled in the Appalachian foothills, six wineries grow a variety of fruits and produce some yummy wines. Although we don't recommend visiting the entire trail in one day, we do recommend spreading a trip to the tasting rooms over a weekend, to sample the things unique to each. 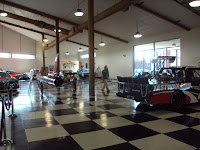 Naturally, you have to visit the home of Talladega Nights, and browse the International Motorsports Hall of Fame, with their collection of history making cars and stories from the tracks.

Mind you, we're a day trip from Chattanooga and Montgomery too, near Atlanta, near Birmingham, near perfect along the I-20 corridor.
Posted by Unknown at 12:21 PM No comments: