Top Five Things to do in Jacksonville

Whether spending time with friends on the weekend or taking a short drive to enjoy the outdoors, Chimney Peak, Jacksonville’s highest point, is a superb location for observing Alabama’s sunsets. The beautiful hues of orange and pink over the Jacksonville skyline resemble happiness and compassion, both characteristics used at the “Friendliest Campus in the South.”

Cheering on the Gamecocks is a JSU tradition for all alumni, students, and local residents to enjoy. For instance, Saturdays in the ‘ville are different from every other day of the week. Community members of all ages take part in tailgating by the TMB before the big game.

There is nothing better than taking a long, peaceful run on Chief Ladiga Trail right after a busy day at work. While first used as a railroad track in the early 1800s, Chief Ladiga now serves as the longest paved trail in America where visitors are welcome to walk, run, or bike 24/7. Next time you have a free afternoon, take a few minutes and go outdoors to observe nature’s beauty and all it has to offer.

4. Have a rack of ribs at Cooter Brown’s

Cooter Brown’s rib shack is a fan favorite restaurant in Jacksonville, AL. Travelers, families, students, and all alike are always impressed by the delicious BBQ beans and home smoked ribs prepared by some of the most talented cooks in Calhoun County. According to Alabama’s 100 Dishes to Eat Before You Die, you will definitely not want to miss eating at Cooter Brown’s while visiting in the area.

5. Treat yourself with a cupcake from Mad Hatter’s

Have you ever wanted to indulge in a sweet treat but didn’t know just where to buy it? Well, Mad Hatter’s Cupcakes has you covered! Their award-winning cakes will win you over with a multitude of flavors to satisfy any sweet tooth. In the case of a special event, Mad Hatter’s is welcome to catering in Jacksonville, Gadsden, and Oxford. 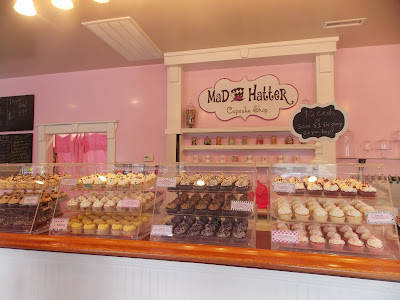 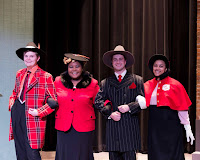 This week and next, the JSU Drama Departments presents the Broadway classic, Guys & Dolls. This romantic comedy is set in a glitzy New York City and Havana, complete with underground craps games, glamorous nightclubs, and tenacious missionaries.
This week, as they prepare for tech, JSU's Adelaide, Brianna Garrett, and Sky Masterson, Brandon Clark, took time to answer some questions about the show and themselves.
Brandon: I️ got into theatre with it just helping me find a way out of who I️ was finding a new person to being. I️ really enjoyed becoming a new person every time I️ walked onto the stage. I️ also like being the center of attention, most of the time, which also was a big help with not being shy on stage. 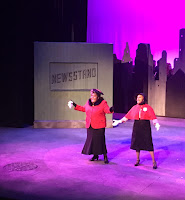 Brianna: I started acting when I was a kid, probably about five or or six. My mom took me to my
first acting class around then! From there, I did local commercials around the city. I am from upstate New York – Rochester, so I started very young. But I didn’t pick performing back up until I started at JSU my freshman year when I did JSU Drama’s production of “RENT." I actually used to turn my nose up at musicals, ha, but now, I love them and can’t imagine my life without Musical Theatre. It’s my passion and I’m planning on pursuing a career in it, once I graduate in May.
Brandon: I️ really enjoy Hugh Jackman. He is a talented guy in my eyes and can be both sides of an actor, as in being strong as well as a loving sentimental person. 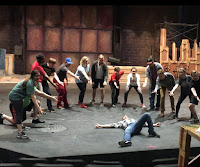 Brianna: Beanie Feldstein is my latest obsession! She was recently in the movie “Lady Bird” and just ended her run in the “Hello, Dolly!” revival. She is so talented and so pure in everything that she does. She reminds me to be true in my art and that opportunity is really is just waiting around the corner. Other performers I admire are: Audra McDonald, Lindsey Mendez, Meryl Streep, Sterling K. Brown, Sophia Bush. Well, I could go on
forever!
Brandon: The reason I came out for this play is because I️ really enjoy musicals. Why? Also a bunch of people kept pushing me to get on stage, again, since I️ haven’t really done that while I’ve been a JSU because I️'m a technical major. 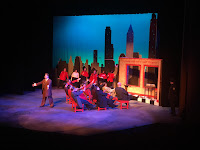 Brianna: I love Musical Theatre, so it was an easy decision to audition for this. It’s a classic, and Carrie, our director, is fantastic. She works at such a fast pace, and I have taken and am currently taking her classes. She has pushed me so much to be better and do better, so I felt like the choice to do this show was an obvious one to me. I get to grow as an artist, work with different people and see where it takes us! It’s always so fun and interesting to get to know people throughout runs of shows and see what all brought us here.

Brandon: My favorite part about being Sky is honestly being such a douche bag and not getting slapped for everything that I️'m saying, and I️ can put a charm on the ladies, when in everyday life you wouldn’t actually be accepted that way. That may sound really bad but just charming people as been a lot of fun.

Brianna: One of my favorite things has got to be the accent. It feels like home to me! Adelaide’s just so loud,out there, brassy and doesn’t care who sees or hears her. I think playing her the way that I am playing her has also got to be my favorite part as well. This show is a classic Golden Age musical, and typically, an African American woman wouldn’t be playing this role. To get to be her and get to progress with the times, in a sense, has been thrilling and fun. Who knew Adelaide could have a fro?

Brandon: Luck be a lady hands down as been the best number that I️ enjoy being a part of. I️ get to take control of the guys and the stage, and I️ just really enjoy the power it has in it.

Brianna: My favorite number has go to be “Take Back Your Mink”. That’s when we see a more
serious side of Miss Adelaide, as well as a more sensual and sexy side. The choreo is a blast and the vibe is fantastic. Adelaide and The Hot Box Chicks open the second Act, so there's a different feel in that moment than what the audience gets during the beginning of Act I.

Brandon: I️ believe people should come watch the show is because we have worked very hard to put on what I️ think is going to be a great show. Not only that, with everything going on in the world, this is two hours to go to another place in the world where none of those things matter, and what is happening in front of the audience is all that they are worried about. 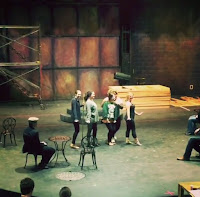 Brianna: This show is timeless. There are so many lessons in it that are still so viable and valuable today! There isn’t anything like this being performed in the area right now, and sometimes, you just need a good classic piece of Musical Theatre. The music, the costumes, there is something for everyone in this show.

If you don't have a Valentine, take this time to try new things or fill your time with things you enjoy!

Sports to See
Keep yourself busy, and take in a sporting event, like JSU Softball versus Samford.

Learn Something New
Take a class, like the Native Azalea Workshop at Longleaf Botanical Gardens. 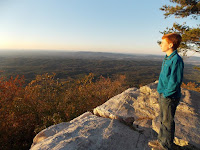 If you're a music fan, turn up the volume at a concert like Seven Bridges, as Eagle tribute at Oxford Performing Arts Center.

Take a Hike
From Cheaha to Coldwater, there are so many trails to explore and more and outdoors.

Feed to Foodie
Treat yourself this Valentine's Day! Visit your favorite restaurants, order out or dine in and connect with a friend. 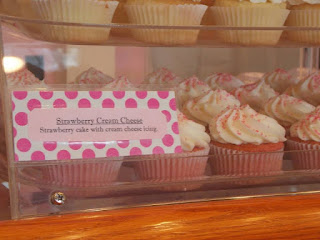 Posted by Unknown at 6:11 PM No comments: 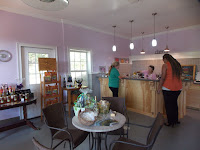 With this week's Valentine's and Gal-entine's (The Day before Valentine's celebrating female friendships), we've decided "Gal-entine's" should be celebrated year-round! Here's some suggestions!

Dinner & a Show
With local performances from JSU, CAST, CharACTers, Knox and OPAC, there's so much to see and so little time. Take the time to grab a bite to eat before the show and make a night of it!

Wine Tour
Did you know there is a North Alabama Wine Trail? There is, and it's a lot of fun to make a weekend of it!

Opt Outside
If your friends are outdoor enthusiasts, take a hike or hit the trails! This spring, make plans to kayak!

Shop til you Drop
Our region has so many unique boutiques and shops!

Getaway
Get away for a weekend and just rest! We've go some great accommodations and Bed & Breakfasts that will take care of you!