Behind the Scenes: Willy Wonka Jr.

This weekend, CASTKidz presents Willy Wonka Jr., so let's get to know Willy Wonka before we see the show. We sat down will Leila Acheson, who graces the stage and transforms a world of creativity and pure imagination and brings it to life with almost 100 CASTKidz. 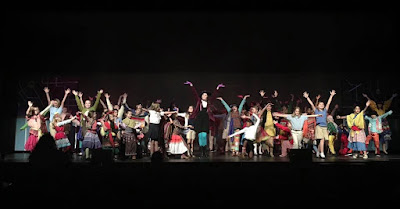 How did you become interested in theatre?
I’ve always loved the arts (singing, dancing, etc), but what really made me want to become involved with a theatrical program was going to see my best friend in a local musical at age 6. I was hooked!

Who are some actors you most admire and musicals you most love?
I greatly admire Amanda Jane Cooper (who is currently Glinda on Broadway) because she has kept a love for the Lord through her life and career, as well as the amazing Sutton Foster. How does one not adore her?!
There are so many musicals whose scores, lyrics and roles have inspired me, but the ones who have most affected me as both an actress and a person are Newsies and Anastasia. I had the privilege of seeing Anastasia in NYC this past April, and the overall beauty of the plot-progressing score struck me instantly! As an avid ballet, tap and jazz dancer, I also greatly enjoy the various dances within both of these musicals.

What made you want to get involved in CAST Kidz?
During the year before I joined Cast Kidz, I didn’t have a major theatrical outlet. I had attended several Cast Kidz performances previously, and I had several friends within the group. I was beyond delighted to find the class schedule matched my own! 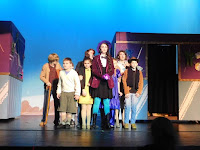 Did you have a favorite number to rehearse and learn?
My favorite number is without a doubt “There’s No Knowing!" Wonka is rather unlike me in it, which forces me to fully immerse myself in the character!